Pinot bounces back in style 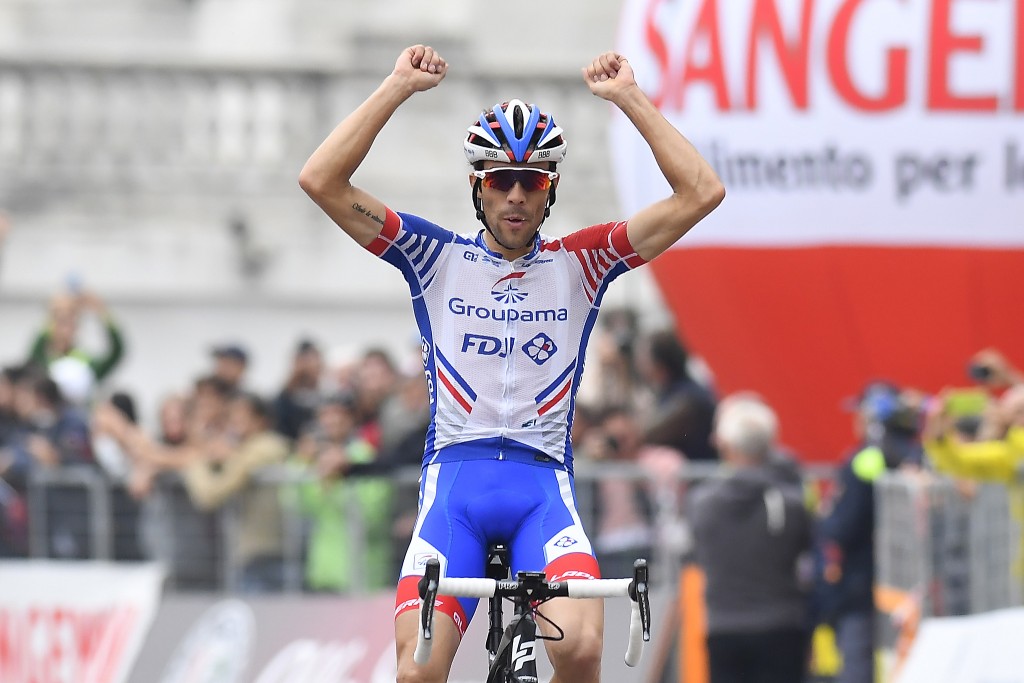 Four and half months after pneumonia ruined his chances of finishing on the Giro d’Italia podium, France’s Thibaut Pinot of Groupama-FDJ claimed the first Italian classic of his career. He rode away 1.2km before the finish at Superga after his team-mate David Gaudu crashed along with Miguel Angel “Superman” Lopez who won Milano-Torino two years ago. Newly crowned World Champion Alejandro Valverde rounded out the podium.

Thibaut Pinot said in the post-race press conference: “Our tactic was to control all the breakaways in the finale. David [Gaudu] caught a good group on the flat, then I asked him to climb as fast as possible. When he gave me the way, Lopez was looking behind. Their crash cut my legs for a little while but I couldn’t wait so I gave it all till the finish. I said after La Vuelta that I wanted to have the best possible of the season. I don’t calculate which races I want to win. I actually want to win all the races in Italy because they’re all very nice in my mind. It’s hard to choose between the stage races and the one-day races, but in my mind, Milano-Torino is the nicest Italian semi-classic. I remain hungry for winning until Saturday’s Il Lombardia but that will be another story.”

Miguel Angel Lopez, second, said: “The truth is that I was feeling very well but the crash happened and I have to be content with the second place. It happened in an instant while I looked behind because Alejandro Valverde was in a bit of a crisis. At the same moment, Pinot’s team-mate [David Gaudu] made a move to right and took me down. After that, I missed the win by very little. I really wanted to win Milano-Torino for the second time, but that’s how it happened… This was my last race of the season. It’s nice to finish on a good note.”

Alejandro Valverde, third, said: “I’m happy to be on the podium of Milano-Torino. I knew it would have been very difficult to win. Above all, I felt great in the first hill so I’ve wanted to break the race and enjoy the racing but for winning it, it would have been better to stay covered a bit more. However, I had fun! Thibaut Pinot was very strong, so was Miguel Angel Lopez. Without his crash, it would have been a more competitive battle between those two. My result today gives me confidence for Il Lombardia on Saturday. To win it? I don’t know. But I’ve got good legs.”