Milano-Torino 2020 presented by EOLO: all eyes on the sprinters 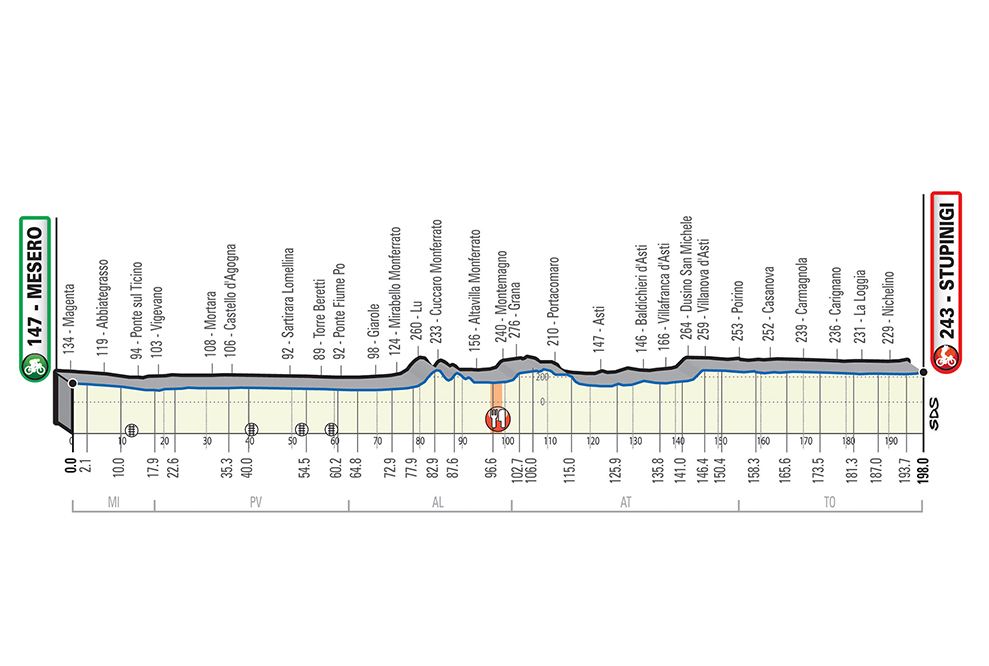 The provisional entry list for the Milano-Torino by EOLO is announced. The oldest classic, raced for the first time in 1876, organized by RCS Sport / La Gazzetta dello Sport in collaboration with the Piedmont Region is scheduled for Wednesday 5 August.

The 101st edition of Milano-Torino by EOLO comes just days before the Milano-Sanremo by Vittoria and follows a flat route that favours the peloton’s sprinters. The race covers 198km, starting from Mesero and arriving in Stupinigi (Nichelino), in front of the Palazzina di Caccia where Sonny Colbrelli took victory in 2018’s GranPiemonte.

On the road will be 23 teams, each consisting of 7 riders (14 UCI WorldTeams and 9 wild cards) with some of the world’s best sprinters and fast finishers racing, such as the winner of the Strade Bianche EOLO Wout van Aert, Caleb Ewan, Fernando Gaviria, Sam Bennett, three-time road World Champion Peter Sagan, Mathieu Van Der Poel, Nacer Bouhanni, Jakub Mareczko, Arnaud Demare, Davide Cimolai and Matteo Moschetti to name but a few.