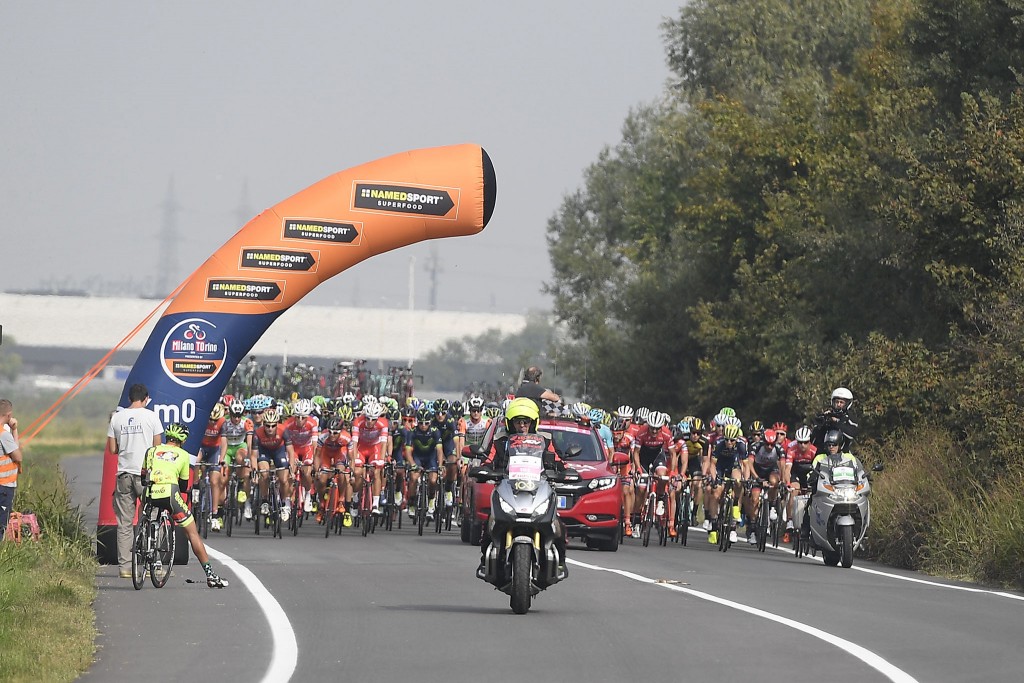 The 99th edition of Milano-Torino NamedSport, the oldest Classic bicycle race which was first run in 1876, organized by RCS Sport/La Gazzetta dello Sport, starts tomorrow in Magenta, finishing on Superga hill after 200km. The official Start List is now available.

RCS Sport Autumn Classics will be broadcast in all the five continents.

RAI, the races’ host broadcaster, will produce the international feed with two hours live for Milano-Torino NamedSport and GranPiemonte NamedSport, plus an additional hour for Il Lombardia NamedSport. In Italy, RAI offers live coverage on RAI Sport +HD of both the Milano-Torino and GranPiemonte, from 15:00 to 16:30, while Il Lombardia will be broadcast initially on RAI Sport +HD from 14:00 to 15:00, then on RAI 2 from 15:00 to 17:00.

In France the three races will be broadcast live on La Chaine L’Equipe, while Eurosport will cover the rest of Europe. Il Lombardia will also be available on Eurosport Asia Pacific.

In the rest of the World, RCS Sport Autumn Classics will be broadcast on OSN in the Middle East and North Africa, Supersport in South Africa and Kwese Sports in the remainder of Sub-Saharan Africa. In Japan the races will be available on the OTT platform DAZN, and in New Zealand on Sky Sports.

In top of that, Il Lombardia will be broadcast live in Switzerland on SRG SSR (on RTS Deux in French and on RSI La2 in Italian) and in Belgium on VTM Medialaan. The total number of territories in which the “Race of the Falling Leaves”, the last Classic Monument of the cycling season, will be aired, is 193.

The route starts in Magenta and rolls across the Po Valley along flat roads, all the way through the Abbiategrasso, Vigevano and Lomellina plains, up to the Monferrato, where the race profile becomes wavier, with gentle climbs and descents with some punchy short climbs (such as Lu, Altavilla Monferrato and Alfiano Natta) that lead to the final circuit.

The route rolls past San Mauro Torinese and all along the Po River in Corso Casale, where it takes in the first climb to the Basilica of Superga. The road then drops down into Rivodora on a technical descent (diverting 600 metres before the finish) that leads back to San Mauro. Here the route goes up again, all the way to the finish, with gradients exceeding 10%.

Discover more about the route