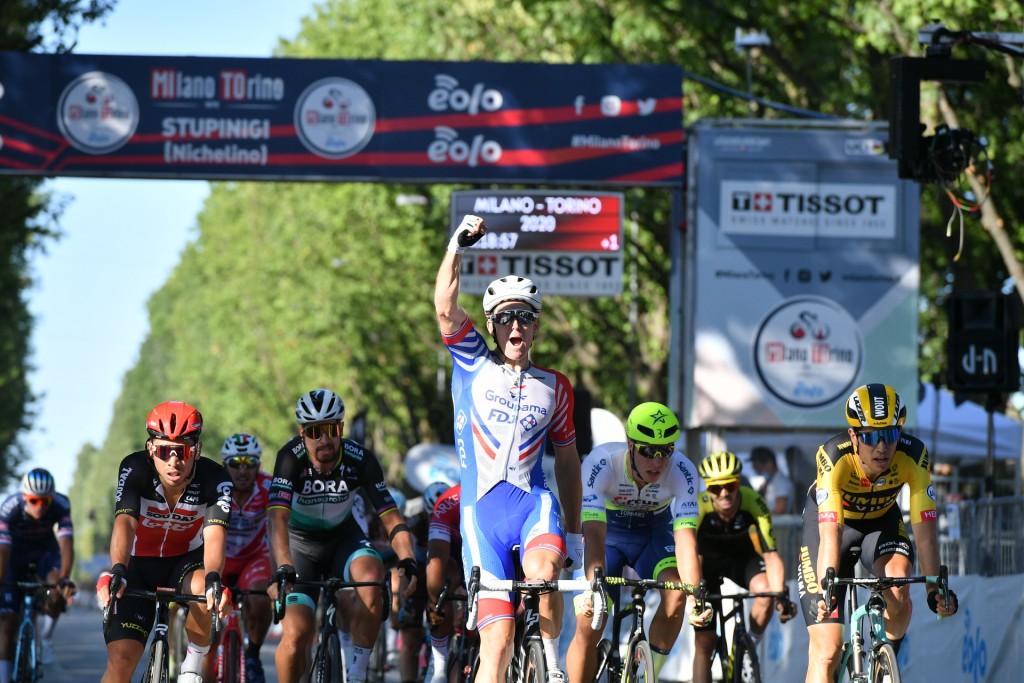 The French rider Arnaud Démare (Groupama-FDJ) has won the 101st Milano-Torino presented by EOLO, raced over a 198km route from Mesero to Stupinigi (Nichelino). The second finisher was Caleb Ewan (Lotto Soudal), while the third was Wout van Aert (Team Jumbo – Visma).

Speaking seconds after the race’s finish, the winner Arnaud Démare said: “After a great restart in Burgos, we knew we could do something big today. We were perfectly organised as a team. This win is a real morale booster ahead of Milano-Sanremo.”